In writing, our characters are somehow transformed by the end of the book. They have taken a journey - whether physical or emotional. There will have been a fair bit of territory covered in the process.

This week has marked a transformation for me...I'm now a published author. Like my heroines I have passed through the hoops of burning fire (not literally guys!) to come out the other side a bit singed but triumphant. Years of hard work and dreaming have paid off.

On Thursday we held a blog party here and on Thursday evening in London we had a physical launch...a heart in mouth moment for me. Thankfully I had three other Heroine Addicts with me to celebrate (we missed Anna and Susanna but happily drank their share of the fizz!)

It was a brilliant moment..but I will confess I didn't feel any different except for the deadline for book two that is looming.....that is until I saw The Cornish House on sale in WH Smith's in Paddington Station....and did a happy dance in the middle of the store! 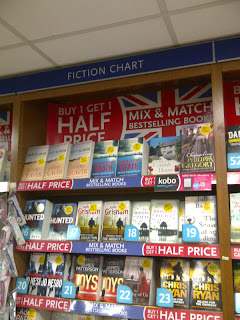 While at the station I couldn't miss a cuddle with the bear himself! 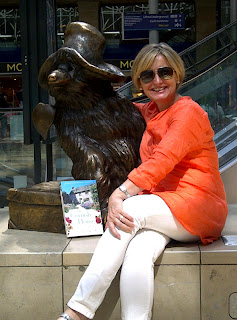 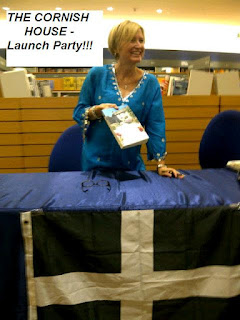 It’s party time again here on the Heroine Addicts blog and today we are celebrating the launch of Liz Fenwick’s brilliant debut novel The Cornish House!  (I have had the privilege of reading an advance copy and let me tell you, you’re in for a treat :) 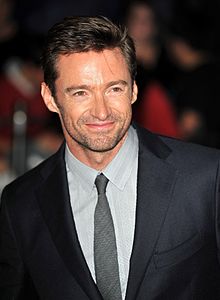 As usual, we are all bringing something to eat or drink and a suitable date.  As The Cornish House is obviously set in Cornwall, our theme is anything to do with that lovely county so please let us know what and who you’ve brought when you pop in to join us!  We’ll start with Liz, of course, the guest of honour:-

Liz has brought the Flag of St Piran for us to hang on the wall (thanks, Liz!), some scones with clotted cream and strawberry jam, and Hugh Jackman as her date since he apparently had something to do with inspiration for the book’s hero (can’t think why :). 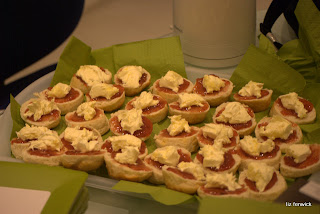 I (Christina) have brought some champagne so we can toast Liz properly and I thought a charming pirate might be a suitable date, so who better than Jack Sparrow?  I’m sure he wouldn’t be above a bit of smuggling into the lovely Cornish coves and I would happily accompany him anywhere ... 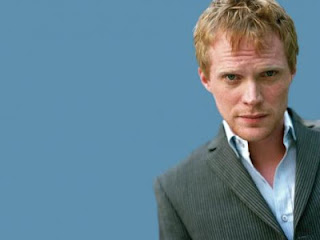 Julie is bringing Paul Bettany, who Liz apparently saw in Cornwall once and failed to grab – too late, he’s Julie’s now!  She’s also found a Cornish Knocker ... no, sorry, that should be Cornish Knocker beer.  Interesting name!  Well, anyhow ... 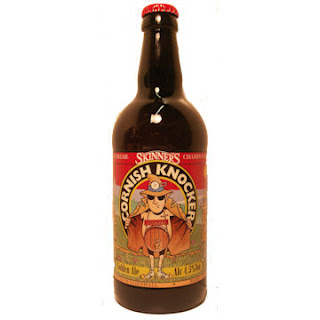 Biddy’s escort is the fiddle-playing Seth Lakeman, and although he’s apparently from Devon, that’s near enough, isn’t it?  I’m sure he won’t mind crossing the Tamar for Biddy’s sake, especially when she’s bought some scrumpy just for him. 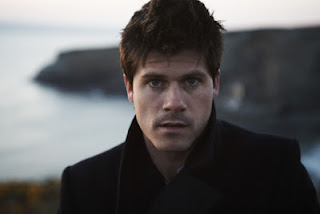 Susanna has arrived on the arm of Leon Ockenden (who hails from Looe, near her favourite Cornish village Polperro).  Their drink of choice is Cornish Lust – a strawberry and cream liqueur that is just magical!  [I’m beginning to think I may need to go to Cornwall more often since the choice of beverages is so ... er, exotic!] 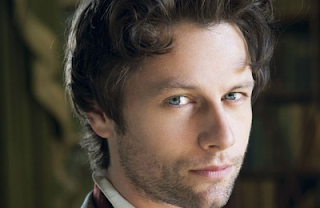 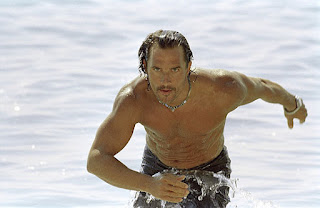 Finally, Anna is joining us with the lovely Matthew McConaughey in tow – he looks like he’s just rushed out of the sea to be with her, what a hero!  And she’s invited the fantastic girls of Kemysk to entertain us with their dancing (perhaps Seth will play for us too?)  http://www.youtube.com/watch?v=oNxG6i0hcKc).

So now the party is in full swing – please join us to help celebrate Liz’s launch!

Before we have too much of those wonderfully named drinks, we’ve asked Liz to give us five facts about The Cornish House:-

Which scene made you smile?  Almost every scene with Hannah in it …her attitude just makes me smile but in particular her first meeting with Old Tom ...

Which character surprised you the most?  I would have to say Old Tom as I didn’t know he would be in the book until he appeared and I fell in love with him …

Which was the scene you hated writing the most?  That would give the plot away but let’s just say the one where Maddie feels the most pain …

Which book would your hero probably have on his shelf?  Ah, Mark’s bookshelves would be laden with glorious glossy architecture books but the well-worn copy of The Hobbit would say a lot more about him …

You can find The Cornish House here and in all good book stores!

I'm writing this current novel in a different way than I have the thirteen previous ones. I had to write a synopsis before selling it, for one thing.

If you'd've told me a couple of years ago that I'd be able to write a synopsis before writing an entire novel, I would have laughed in your face and scoffed, 'Inconceivable!'

If you'd've told me a couple of years ago that I'd actually be following that synopsis, pulling it out every few scenes to check it and make sure I was still on track, I'd have laughed again. 'Inconceivable!'

And if you'd've told me I'd be walking down the street thinking to myself, in these exact words, 'Well, I've finished Act 1 at the end of chapter three where the Inciting Event happens, which is a bit late but never mind, and now I've written two of the three Turning Points so all I have left is one more Turning Point and then I can write the Climax!' I would have done more than laughed; I would have guffawed in a very loud and raucous manner and shouted, 'INCONCEIVABLE!'

But we all know what happens when you shout something like that. Inigo Montoya (or indeed even @IamInigoMontoya) pops up and says:

I've discovered that writing a synopsis before writing the book isn't impossible for me. I have to do some legwork and thinking beforehand, and I might have to come up with several unworkable drafts first. But I can do it.

And because of my knowledge of story structure—where the acts are in my writing, where the turning points are, how I follow a natural progression—I can feel more confident that I know where this book I'm writing right now is going. I don't know exactly how the story fits together, scene by scene, but I do know the type of scene I need at any given point. And that makes brainstorming easier, it makes my characters clearer, it makes dealing with subplots much simpler.

Usually at the midpoint of a book, I reach my 'suckage point'. I don't know where I'm going, I don't know whether what I've written is any good at all, I am pretty sure I should jack it all in and become a plumber or something.

I haven't hit a suckage point with this book. I've hit some places where I need to think, but no suckage point. Not yet. And because the book's structure is sound, because I tested this synopsis over and over again, I suspect—I don't know, but I suspect—that I might not have a proper suckage point this time round.

Maybe, it's not quite inconceivable.
Posted by Julie Cohen at 4:58 PM 4 comments: 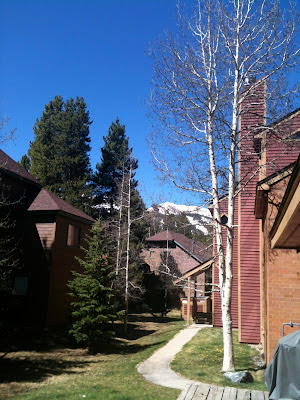 I have just come back from two and a half weeks in the mountains (with a small detour to NYC) and I feel like the creative well has been refilled. There was a bit of writing on the porch pictured. Hat and sunglasses on. It was strange to be writing about things happening in the House of Commons whilst I was in the  midst of the Colorado Rockies.

The weather was sunny and as a result Margaritas were on the menu. I decided it was my duty to test which bars made the best ones. I tasted them from Salida to NYC but the best one was found in Breckenridge… New Flame mixing a mean Margarita slushie.

We cruised the mountains in a large truck and I was even allowed to have country music blasting from the stereo. On a trip to Salida with wind blowing through the truck window, the sun shining and me staring out at the desert like landscape ringed by mountains I had a glimmer of another story. A legend of a lost boy who hides in the area. It gave me a shiver.

And now I’m back, refreshed, refuelled and ever so slightly jet lagged. I’m off to check when I can go back again.

Come back on Sunday to hear from Susanna
Posted by Unknown at 8:05 AM 2 comments:

I’ve loved fairy tales for as long as I can remember.  The princesses rescued by dashing princes, the evil witches and trolls getting their come-uppance and the whole happy-ever-after scenario appealed to me like nothing else, and still does.  And one of the main reasons for this was, I think, the fact that I grew up next to the type of forests that usually feature in these stories – the deep, dark kind dotted with mysterious lakes and large moss-covered rocks.  The kind which envelops you into its stillness the minute you step inside it and where you really feel that anything could happen.  Anything at all. 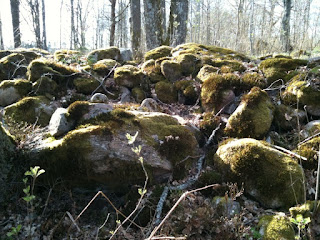 That sounds very fanciful but if, like me, you are a person with lots of imagination, a Scandinavian pine forest is going to have a strange affect on you – trust me on this!  During the warmer parts of the year it smells divine – of pine resin, mushrooms and flowers – and the sunlight is always slightly dimmed as it’s filtered down through the canopy of the trees.  This gives it a feeling of unreality, of being in a different realm. There are creatures scurrying around, making rustling noises so you know they’re there even though you hardly ever see them.  It’s easy to fantasise about who those creatures might be.  And suddenly the existence of trolls and fairies doesn’t seem quite as impossible as it did before.  Turn your head really quickly and you just might catch sight of one!

In winter, it’s just as mysterious, but brighter and eerily quiet.  The birds don’t sing, the animals are mostly hibernating and everything is covered in a thick blanket of snow.  The world is asleep or maybe just waiting for something special to happen ...  Either way, it’s definitely magical. 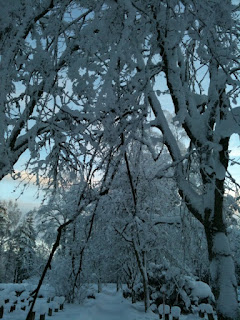 Last week, I was back in Sweden to help celebrate my little brother’s very special birthday (I won’t say which one because he refused to acknowledge the number himself, but Happy Birthday, Paul!).  And apart from eating too much birthday cake and other local gastronomic delights, I took the opportunity to go for long walks in the forest because I’ve really missed it and whenever I’m not in Sweden, it calls to me.

In a way, it’s ironic.  When I lived there, I hated being dragged out on weekends and made to DO STUFF, like pick berries or mushrooms, walk nature trails or cross country skiing.  Always the couch potato, all I wanted was to be left at home with a good book.  Who needed nature?  That was for grown-ups and boring people.  But my parents insisted and I’m grateful for that now - I can finally see the point.

So where am I going with this?  I’m not sure.  I’m probably just doing what Julie gave us permission to do occasionally – writing rubbish.  But I’m sure we all have places from our childhoods that call to us, places that feel magical in some way and where we are at home.  This is mine.

What’s yours?
Posted by Christina Courtenay at 11:04 AM 7 comments: