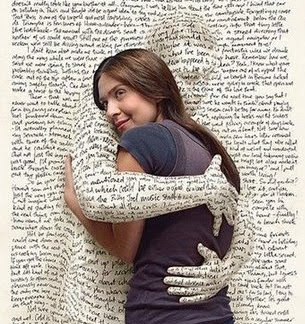 As my most recent novel was wending its way through the publishing process last winter, a few women working at Simon & Schuster in Canada grew rather fond of my modern-day hero, Rob. They even created this Tumblr post, which made me laugh. And the concept of having great taste in one's fictional men got me thinking of all of the heroes I'd fallen in love with myself in the books that I'd read. Far too many to count.

Then I started to wonder: Well, who was the first?

Because surely the first love, with fictional men as with real ones, would leave some discernible mark on the memory and be something special.

My first thought was that it would have to be someone from L.M. Montgomery's books: Kenneth Ford, from Rilla of Ingleside, always a favourite of mine; Barney Snaith from The Blue Castle, or the more obvious Gilbert Blythe. Gilbert, with his swoon-worthy good looks and good-natured charm. Gilbert, who says things like: "I have a dream. I persist in dreaming it, although it has often seemed to me that it could never come true..."

And yet...and yet, the more I sat and thought, the more I realized it was none of those, because before I'd met them in the pages of their books my heart had already been captured by a man who'd won me over by degrees as I had watched him grow from boyhood, from a farmer's stubborn son into a patient, quiet homesteader who always seemed to be there at the moment he was needed.

"Laura's dread of strangers came over her and the open door ahead seemed a refuge from their eyes.
She did not notice a touch on her coat sleeve until she heard a voice saying, 'May I see you home?'
It was Almanzo Wilder.
Laura was so surprised that she could not say a word. She could not even nod or shake her head. She could not think. His hand stayed on her arm and he walked beside her through the door. He protected her from being jostled in the crowded entry."

Of course I'd noticed him before that, and it wasn't the first time that he had rescued her (nor would it be the last) but with that simple question, 'May I see you home?' towards the end of Laura Ingalls Wilder's book Little Town on the Prairie, Almanzo Wilder laid claim to my heart. He was my first.

I suppose you could argue that he's not entirely fictional, since he and Laura were actual people, but Laura took enough liberties in writing her Little House series of books that I feel like he counts. And he set the bar so high, in my view, for all of the heroes who tried to come after him that many never did make it. A fictional man might have all the right lines and a great set of abs, but if I couldn't picture him driving a small two-horse cutter twelve miles in a blizzard that froze the thermometer colder than forty below, just to bring me back home to my parents, then I wasn't interested.

Which helps, I suppose, to explain why I never had much time for Heathcliff, and why my own heroes all tend to be quiet, dependable men.

Who was your first great fictional love?
Posted by Susanna Kearsley at 3:26 PM 20 comments:

Email ThisBlogThis!Share to TwitterShare to FacebookShare to Pinterest
Labels: heroes

There was a summer fete in the church hall near us in London. It was a jolly affair with face painting for the kids and Pimms for the adults. As always I headed straight to book stall, forever looking for the lost gem. I struck gold with the cardboard box on the floor. On my hands and knees I fell into a time warp to my teens...


Unfortunately they had none of the Victoria Holt novels that I remember were so much a part of my teenage years. What books were you reading in your teens and do their covers pull you into a time warp?
Posted by Unknown at 1:01 PM 7 comments: