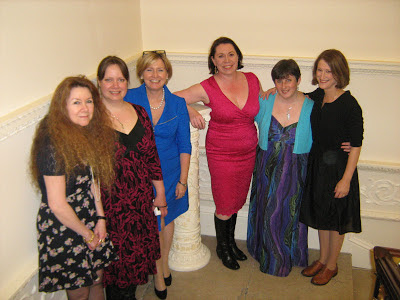 I was meant to post last Sunday, but I thought I'd sneak in now (with my apologies) to share this photographic piece of history snapped in London on May 16th of this year, when for the first time EVER, all of us were in the same spot at the same time, at the Romantic Novelists' Association's annual Summer Party.

A momentous occasion indeed, and luckily my daughter was on hand with a camera to capture it.

ALL IN THE SAME PLACE!

OK, maybe no one else is as excited about this as I am, but I'm sharing the photo with you anyway. And I promise I'll be here on schedule, next time.

Posted by Susanna Kearsley at 9:58 AM 5 comments:

Email ThisBlogThis!Share to TwitterShare to FacebookShare to Pinterest
Labels: RNA


I’m currently sorting through the detritus of my life as I prepare to rent my flat out and it has been like travelling back in time. You see I’m a hoarder. I can’t let things go ‘just in case’. I’m also paranoid about throwing out bills and receipts in case the tax man will need them. As a result I am unearthing receipts from dinners and cinema trips from years ago with people I no longer see.

But the biggest time travel moment was finding notebooks with bits of stories, ideas from years ago (some back when I was a teenager). As I read those bits and pieces I am transported back to a different part of my life. Reminding me of what I’d been thinking then. Hazy memories sharpened by biro strokes. It also shocked me how much writing I was doing before I considered myself 'a writer'.

I found my teenage poetry and the beginning of my first novel in one notebook. The heartbreak of University in another. And then fast forwarding ten years to a miserable nine months I spent at the job from hell… I’d been obsessed with Buffy and was playing around with writing a book. There in the notebook was my idea for a book on witches. Charmed meets Sex and The City. I hadn’t realised how much I’d written of it.

And then there were the snippets of ideas, revisiting past characters and with it the past me. And in between all those writing notes there are also ‘to do’ lists, shopping lists and packing lists for holidays and trips. I looked down one list for my first trip to Nashville and suddenly I was there again. Happy, bouncing, agog with it all.

I have taken those notebooks and stored them in a plastic container to protect those nuggets, those parts of my past. I have set aside a small section of them that hold stories that I want to revisit so I can spend this summer working on them.

I might not have a DeLorean with a flux capacitor but I do have pen and paper.
Posted by Unknown at 1:00 AM 5 comments: 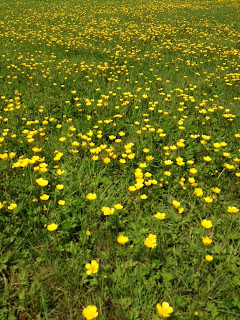 That’s pretty obvious, you might say, since I’m writing this blog.  But it isn’t really – and there are times when that is really made clear to you.  Times when you feel so grateful to be alive.  Do you believe in Fate? Kismet? Destiny? Serendipity? Whatever you want to call it, that happy coincidence that makes all the difference to your life.  I do.

A couple of days ago I was travelling along a motorway and came upon the scene of an accident.  A lorry (truck if you’re in the US) had crashed through the middle barrier and lay sprawled across all three lanes, plus the emergency one, plus one lane on the other side.  When I and my family arrived, this must have just happened as we came to a stop less than 100 yards from the accident site.  So what if we’d arrived ten seconds earlier?

I wouldn’t be writing this now.

When we make up our stories, we decide on the characters’ fate and sometimes we can be accused of making it too unbelievable, too unreal.  But real life is like that too.  Things do happen, just like that, when you least expect them to, and they can change everything.  Those few vital seconds make such a difference.

Now I’m sitting here feeling very grateful to my guardian angel or whoever was looking after me that night.  And I’m also thinking about the awesome power I have over my characters.  A power that brings responsibility too.  Because if I make my characters suffer, it has to be for a reason.  If I have horrible things happen to them just for the hell of it, then that isn’t going to make for a very satisfying story.

I’m going to confess that I’m not a fan of Thomas Hardy’s stories.  Yes, I know they’re classics, I know he probably had good reasons and I know he was an infinitely better writer than I’ll ever be, but he was cruel to his characters – in my opinion unnecessarily.  Why, for example, having put poor Tess of the D’Urbervilles through so much pain and suffering, could he not have let her have her happy ending?  Why did she have to die?  I’ve never understood the point of that.

So when I write, I try to think really hard about the things I do to my characters because I wouldn’t want my readers to feel that way.  I wouldn’t want them to feel cheated somehow.

And in the meantime, I’m looking out at a beautiful sunny garden and I’m happy to just be here.

reading is the best medicine

I'm sorry to say I haven't been very well. Soon after meeting up with the gorgeous Heroine Addicts at the RNA Summer Party three weeks ago, I was taken ill and ended up spending nearly a week in hospital with pneumonia. (I hold the Heroine Addicts completely blameless for this fact, which is purely coincidence.)

I discovered fairly early on in my hospital stay that what you read when you're sick is very important. I'd been in the middle of one of Stephen King's Gunslinger series when I was taken ill, and so I brought that book with me into hospital. But I quickly realised that as enjoyable as these books are, they're completely unsuited for reading whilst ill. In fact, one night, when running a high fever, I hallucinated about vampires roaming the hallways of the Royal Berkshire Hospital.

The next day I rang my husband and asked him to bring me some more suitable reading. Thereafter, I read only The Princess Bride, Harry Potter, and Georgette Heyer, and I was much, much happier. The books probably helped as much as the IV antibiotics.

Since I've been home, I've been quickly and voraciously making my way through Alexander McCall Smith's No. 1 Ladies' Detective Agency books. They're perfect feelgood, light, warm, easy reading and an enormous comfort. I'm reading them at a rate of 1.5 per day. (Though as I'm less delicate, I've returned to the Stephen King as well.) I've also got some more Heyer...and a long list for Husband to take to the library.

What are your favourite comfort reads when you're sick?
Posted by Julie Cohen at 6:35 AM 5 comments: 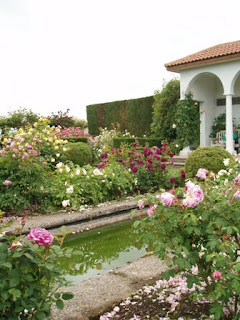 I have an unexpected gift heading my way.

You see, while I'm being stay-at-home mum, Husband is working.  And while we're both home, the combination of my control-freakery and his real and reasonable need for rest from work tends to lead to us either doing things together as a family (yes, I still get a kick out of saying that.... *g*) or me doing stuff with Boy while he gets on with jobs.

But next Saturday - oh frabjous day! - Husband is taking Boy to meet with a bunch of mothers and toddlers he knows from work.  And possibly for another run around a castle afterwards.  I've even negotiated with him that he's going to do the pre-organising, packing the changes of clothes, the snacks, the juice.... 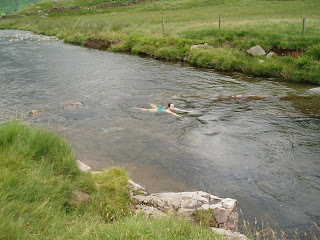 This means I have a free morning.  At least.

(I must interrupt this post to explain that Husband just came in with two mugs of tea, one featuring cows and the other emblazoned with "Very Special Mummy", saying, "I got you this mug to remind you who you really are."  Then promptly set the cow mug down in front of me.... ROFL!)

But what shall I do with it?  I don't want to spend any money, as Husband's car has developed a suspicious leak, and I rather like spending any spare cash on Boy.  I have a list of jobs as long as my arm, but I don't really want to do paperwork or weeding or cleaning.  Do I go rush up a mountain without a dawdler, whiner, or someone on my shoulders, just because I can? 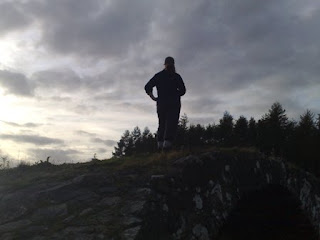 Visit a garden?  Go for a swim without my boobies being someone else's flotation device?  Lie in the sun and eat chocolates?  If it's a rainy day, lie in bed eating chocolates?

What would you do?